Food-related illnesses are a significant public health concern; each year in the US alone, 48 million people get sick from foodborne diseases resulting from contamination by microorganisms such as Salmonella, E. coli, Norovirus, Campylobacter, Hepatitis E and Listeria. 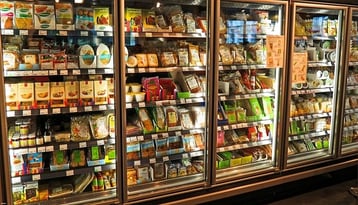 In recent years there have been several high profile food manufacturing companies including Mars confectionary, Blue Bell ice cream and many supermarket and fast food outlets such as Tesco, Cafe Nero, Costa Coffee, Starbucks, who have been national news items after being investigated for food contamination. In some cases this has resulted in the national recall of mass-produced products where high levels of microbial contamination (Salmonella in Mars confectioneries, Listeria in ice cream, Campylobacter in chicken salad and faecal coliform bacteria contaminated ice in coffee shops) have been detected, which could potentially lead to life threatening food-borne illnesses. When an outbreak is alerted, various official bodies such as the the Centers for Disease Control and Prevention (CDC), the Food and Drug Administration (FDA), the United States Department of Agriculture (USDA), the European Food Safety Authority (efsa) and the Food Standards Agency (FSA) are involved in informing the public, initiating product recall and the swift location of the source to prevent further spreading.

Recalling products can have a detrimental effect on retailers and companies affected due to loss of both business and consumer trust. Consequently, it can also provide an opportunity to competitive retailers to increase sales of their similar “scientifically proven” safer products.

As the distance between the source of the food and the consumer increases, when a food contamination outbreak occurs, it becomes more difficult to trace back to a specific ingredient at the start of the chain. Therefore, it is highly important for food companies to be able to monitor and test all stages of the food manufacturing process and account for hygiene and cleanliness of their production plants and also the safety of their source ingredients.

Applying the e[automateddatascientist] platform to microbiome monitoring would ensure that a potential source of contamination could be swiftly and precisely identified at an early stage in the food manufacturing process, hence preventing a potential food contamination outbreak in the first instance, and a timely response, should such an outbreak occur. This is because the platform ensures that all the metadata and resulting data from various tests, experiments and analyses across different processes along the food production line are captured into a central, harmonized resource. This centralization enables the data to be easily located, quickly analyzed/ re-analyzed and shared with all interested parties to provide scientific evidence for the safety of the food as well as detecting where a potential risk of contamination may occur and eliminate the source immediately from the production line.